AVFtS: It's never been a better time to begin burrowing into the earth [with magic]. 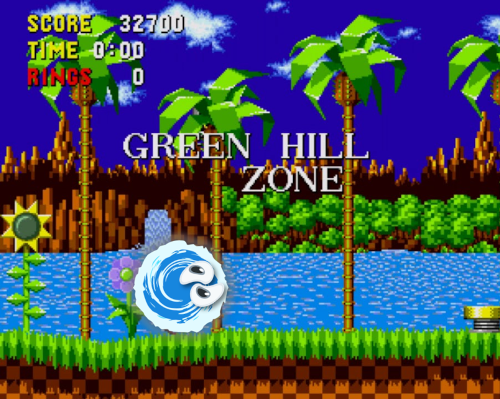 I am running! I mean, rolling!

It's long been a request that Dot get more admin-oriented or role-management abilities, so this update is dedicated to just that. 3.4 adds some nifty new role-granting abilities, as well as refurbishes existing admin menus to make interfacing with Dot's settings easier than navigating a command line. I'm pretty happy with these changes, so I hope you will be too.


First thing's first: For CalRef-only, the I am rolling system has been retired. It was difficult to use at times, since you needed to type things very specifically, and still relied on an on_message structure, with hard-coded roles in Dot's main launcher. Not ideal with how the rest of Dot works. Now there's a new way of doing things which you can access with I cast determination, to bring up a new role menu.

The menu has two drop downs, the first for which role colour you'd like to select (you can only pick one) and the second drop down is for all other self-assigned roles, and you can select as many of those as you want. When you're done, close those dropdowns and hit the Add Roles or Remove Roles buttons, depending on what you want. Alternatively, you can use the Clear All button to remove all your colour and opt-in roles in one click.

For this and other command demonstrations, check the demonstrations on the sidebar, linked to the commands' section in the docs, which has demo videos for everything.

If your server lifestyle finds it prudent to automatically role members upon their arrival, Dot can now help you out with this. Use the new autorole(s) function to summon a menu of roles. Select between one and ten roles that members should receive upon their arrival, close the menu, and click the Set Active or Set Inactive buttons to toggle the feature on or off. If you'd like to delete the set entries, simply bypass the dropdown and click Clear All.

If you need more than ten roles applied to a member on their arrival, probably reconsider your server structure at that point, or let me run your WAA ministry.

Dot's generic invite link does not ask for Manage Role permissions, so if you want to set up autoroles, she will need that permission to actually apply them. Dot will mention this if you try to set them up when she doesn't have the right permissions in your server. You can either grant them to her bot role, or give her another role which has the permissions.

Admins now have the ability to set up reaction roles in their server. These are typically static messages in locked channels where members can click certain reactions and receive whatever roles you say they go to. The set reactions command allows you to add, drop, or end reaction role messages.

Establish or add to a reaction message with I cast set reacts add [message url], [emoji], [role ID or ping]

You can use set reacts add on the same message link to keep adding react settings to it. If you forget what messages you've set up or wish there were some kind of overview command, well have I got some sweet news for you -- there is.

You can use the new reacts command to show everything you've set up so far, with links to all messages, and what emotes go with what roles. You can use this menu to terminate individual reaction role messages, or to terminate all of them. So reacts to overview, set reacts to add or edit. Hopefully that's pretty straight forward.

If you're picking up a trend between the autoroles and reacts admin commands, you're quite onto something. Going forward, as many admin commands as possible are going to try to follow this interface template: a simple title reminding you what you're looking at, a colour-coded sidebar and light bulb at the bottom corner of the embed that lets you know if it's active or not, and simple buttons or dropdowns allowing you to control all the settings with ease. To this end, I've revised a couple of the existing admin commands, and improve how Dot handles their data internally.

The rest will take a bit, but we'll get there.


Minor Changes and Bug Fixes
Report all errors to the local authority.
#2

It's been a while since I did a blog-style update post, which is what this thread was originally made for, but as I was typing this out in the announcements channel, I thought the thread would be a better medium.

It has been fourteen long months since I first came out with Dot's economy and stock system. In that time, it's had a lot of weirdness, incentives, and events. My favourite of which was probably the euros minigame. After so long, however, we've reached a point where some people have tens of millions and some people have absolutely nothing, as any system with a stock market is wont to induce. It's very cool to me that people have gotten so much use out of the economy, but I'm somewhat interested in reinvigorating competition, and that's not really possible with this environment. It is also not incredibly fair to just delete everything you've done so far.

So, here's my compromise:

We are currently on Dot 3.3.2: Endotarting Update. When Dot 3.5 comes out (so not the next feature update, but the one after that), all stocks owned by all players will be liquidated and all bank + Infinity account data will be exported to a "Generation 1 Final Leaderboard", probably pruned to the top 50 players. The top 20 players will be awarded the renamed Gen 1 Economy badge

on their forum account (if they have one), and any other place we'll use these in the future. At that time, the economy will reset. All bank accounts and stock data will be deleted entirely, and the stock and study functions will probably be retired. Infinity will be reset but not retired.

This post gives you some time to prepare for that, in the event you're dissatisfied where you are and want to brute-force a change. But I'll also tell you that I have done zero coding for 3.5 at this time, so what will the timeline look like for 3.5? I have no idea. It depends on how IRL goes and how much I can keep my spirits up. I'd like to have it done by September, but I also don't know how realistic that is considering I'd like 3.5 to be games-oriented and and some of the ideas I have for that are probably a little too ambitious for me.